5 Best Hatches on the Clark Fork

The Clark Fork River covers lots of miles in western Montana, with many hatches along its length. The upper stretch is smaller and bit faster, making it prime water for stoneflies and caddis. The middle and lower stretches, especially below the Bitterroot River, are slower and broader, perfect for blanket mayfly hatches, stoneflies and caddis. It’s difficult to nail down the 5 best hatches on this river, but we’ve done it! They’re listed in our preference.

This is the quintessential western mayfly hatch, and the Clark Fork River is covered with PMD’s from the 3rd week of June through the 3rd week of July and sometimes later. PMD’s hatch between noon and 3:00, depending on weather, and consistently provide about 2 hours of steady, excellent technical dry fly fishing. Be prepared, because when PMD’s come off, they come off in sheets. The fish will definitely focus on very specific stages of the hatch, and can be insanely fussy. Which is part of the fun!

The Clark Fork trout, especially in the lower sections, pod up to take these flies. Characteristic of the Clark Fork, the pods tend to hold fish of relatively the same size. If you come across a pod of fish, and the first nose up is about 2” across, slow down! Most of the fish in that pod are going to be big, and you need to be very stealthy on approach. If the rises are a bit smaller, most of the fish in that pod will be smaller as well. Don’t know why, but know it’s so. You can do some serious head hunting on the Lower Clark Fork River.

The PMD’s love the soft insides of bends in the river. It’s easy to miss these trout as you go by, as the rises in the diamond chop have to be spotted carefully. It’s well worth checking out the inside seam at every bend in the river for rising fish. They also hatch in the long glides below riffles, and along the edges in the rock gardens. The Clark Fork River is fertile and large in the middle and lower sections, and like every river, has its own secrets.

The PMD’s can test the width of your fly box. To effectively meet this hatch on the Clark Fork River, you’ll need cripples, emergers, duns, unweighted nymphs and klinkhamer style flies, like the PMD Sprout. Special mention needs to be made of the Rusty Spinner. All adult PMD’s (as well as adult Pale Evening Duns) return to the river as Rusty Spinners. Our favorite fly for this stage is the Hi Viz Rusty Spinner, so you can see this low riding fly. The spinners can fall at any time, though are most often seen at dawn and dusk. Be ready for this stage, as the fish will move for spinners whenever they’re on the water.

Throughout the middle and lower Clark Fork are rock gardens. That’s the second time we’ve said this, and it’s time for a definition. A rock garden is found next to the shore, in water 1.5 to 4 feet deep. Cinder block size rocks sit next to larger rocks, providing excellent cover for trout and habitat for Goldens. The Clark Fork is so big and fast that the water looks quite still over these sizable rocks. Wade the edges for a while and you’ll see exactly what we’re talking about. A wading angler is tempted to go waist deep and cast to the likely water in the middle. Mistake! 75% of all fish are found within 15 feet of the bank, and the Clark Fork is no exception. Work the edges, over these rock gardens, and watch your fish count rise on Missoula’s largest river.

The Goldens hatch heavily from late June through July, and bring strikes all across the river. Our favorite flies include the Rastaman Golden and PK Golden. If the surface action slows down, drop a Pat’s Rubberlegs in Tan/Brown off a long dropper. On the lower Clark Fork, a 7-foot dropper is often exactly what’s needed during this hatch. Interesting casting, but the catching will make it worth it. If you’re an early bird, the Clark Fork has some excellent dawn fishing with a Golden, and then expect to nymph or streamer till the day heats up and they begin to fly in earnest. Keep in mind the Golden Stone is not a single species, but a variety of species all imitated by the same flies. The Golden hatch can be anywhere from a size 6 to a 12. Be ready for size variations throughout the day.

This big brown mayfly is a staple on the Clark Fork from the first Fall rains in September through the last frigid days of October. Mahoganies hatch in the heat of the day, usually from 1-3:00, and once established, hatch in sun or clouds. The Mahoganies can be a blizzard hatch on the Clark Fork, and again the width of your fly box may be stretched when the Mahogany is out in numbers.

Mahoganies are most active below riffles. Look for fish rising in slower water below riffles, and if the glide is short enough, in the tail out as well. As a slow water bug, additional preparations may be needed to effectively fish the Mahogany hatch. Add some fine tippet to your leader, 4.5X or 5X, and make sure to leave enough distance between you and the fish. The late season water is low and clear, and nowhere is the term fine and far off more apt than the Clark Fork River. The fish pod up just as they do for the PMD, and a bad cast can move a lot of fish, negatively! You can have an epic day with Mahoganies on the Clark Fork.

The Salmon Fly is really a thing to see, this giant insect flopping back on the water as it lays its eggs for the next generation! Coming in at 54mm long, the Salmon Fly is a dry fly you can see on the water, and the fish rarely miss it as well. When fishing the Salmon Fly on the Clark Fork River, don’t expect the numbers found on the Blackfoot River or Rock Creek.

Surprisingly, this is a distinct advantage when fishing the Salmon Fly. If you see one, tie one on and start prospecting. The fish aren’t gorged on this fly, and take them opportunistically. The lack of crazy numbers means the fish are looking for them all the time, a real advantage to the angler. If you’re looking for a photo op of Salmon Flies crawling everywhere, the Clark Fork isn’t your first bet. But if steady fishing with giant dry flies sounds appealing, the Clark Fork is a good answer!

Big Salmon flies, like the Super Gee or El Camino Grillo are good flies on the Clark Fork. They also do double duty if you need to drop a dark Pat’s RubberLegs off the back. Those big foamies do a great job as an indicator as well. The Salmon Flies start hatching mid to late June, and post run-off the Clark Fork can be a very big river at this time of year. Eyes on the river whether rowing or wading.

The Clark Fork can offer up some spectacular hopper fishing from mid-August right through mid-October. While we don’t like to mention it out loud, it’s due to the wind. There, we whispered it! Everyone who rows in Missoula has a horror story of the wind blowing up the Clark Fork River so hard in the summer that the boat can’t be controlled. It’s not normal, but it can happen. And when it does, it’s hopper time!

Hoppers are ungainly flyers at best, and the middle and lower sections of the Clark Fork River are WIDE! When hoppers fly over the middle of the river, with a little breeze activity, you’ve got a recipe for hoppers on the water. You don’t often hear us say this, but don’t be afraid to shorten up your leader, and go with 2-3X tippet. Big flies in the breeze can create interesting situations for the rower and others close to the action, so a short, stout leader can be very useful on the Clark Fork.

Don’t be afraid to let the hopper land with a splat to alert the fish. Also, if you’re getting hits just as you start your back cast, that’s a sign the fish are looking for a hopper with a little movement. Not a 3-foot strip, but enough jiggle to let the trout know it’s struggling. Switch to Pav’s Yellowstone Hopper or any rubber-legged hopper to accentuate the struggle on the surface. Other strong Clark Fork hoppers include the Henneberry Hopper and Morrish Hopper. Later in the season, the less traditional colors really start to work on the Clark Fork.

Clark Fork River honorable mentions include the Tan Caddis. There are nights the Tan Caddis are so thick you can barely breathe, but the fish don’t seem to care. The occasional rise is more often to a PED than a Tan Caddis. WHERE DO YOU THINK THE ADULTS COME FROM? The Tan Deep Sparkle Pupa is one of the most effective flies on the Clark Fork from dawn to dusk. We say it all the time- we don’t sell enough of these flies! Go deep with a Tan Deep Sparkle Pupa on the Clark Fork River and your fish count will quickly rise. 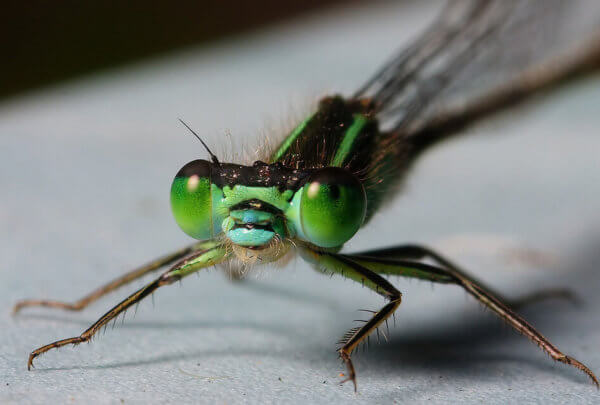