The excitement is palpable. The phone is ringing off the hook. Customers stream through the door, most with two things on their mind- SALMON FLIES and Montana Fly Fishing! Have they been seen? What are the new, hot flies? Any obstructions on the rivers? It’s like a boiler waiting to blow. Fly fishing Missoula is riveted on the Reservation Divide Mountains- everyone knows when the snow’s melted off the peaks, run-off is over. This is why we obsess over snowpack, bookmark our USGS Streamflow page and check back daily. When will the water come down . . . . . .

The Salmon Flies don’t care. They’re going to start hatching about June 15-20, no matter what the water looks like. They don’t feel the pressure of the Missoula fly fishing community! And when the Salmon Flies start, Montana fly fishing season has officially opened. The crowd goes crazy, the wait is over. Rock Creek is Mecca, and the travelers are arriving. We say it again. Rock Creek is amazing, but it’s not the only place to find the big bugs. The Salmon Fly hatch on the Blackfoot River is right on the heels of Rock Creek, and the upper Bitterroot River is kicking out Salmon flies as well. The Clark Fork will lag behind 5-7 days, and then it too will explode with Willow flies.

Don’t get fixated on the Salmon flies. So easy to say, so hard to do! Missoula fly fishing is about to come alive, with Golden Stones and Green Drakes hot on the heels of the Salmon Flies. Wait a week, and now you can add Yellow Sallies, Pale Morning Duns, Pale Evening Duns and Tan Caddis to the mix. The salmon Flies never last as long as we think they should. Some years it feels like you blinked and it’s gone. The Green Drakes can feel the same way.

Now, the Golden Stones are a different story. So are the PMD’s and PED’s. Those hatches, once they’ve appeared, stick around. These hatches are the consistent fish movers. The Salmon Flies and Green Drakes are fickle, Goldens, Sallies, PMD’s and PED’s are steady. So are the Tan Caddis. As the month of June comes to a close, focus on the steady. Flows are dropping quickly, and the water is opening up for wading anglers. The shots at hatches is still there, despite the waning salmon Flies. The warming temperatures make fishing after work a joy. The longest day of the year is here- celebrate it by going fishing till 11:00 pm! Not many places in the lower 48 you can cast to rising fish at 10:30 at night!

If you’re a wading angler, this is important to remember in June. While the water is lower than it was, it is no where near low! The places where you crossed the river in April aren’t there at this time of year, and they won’t be back till the end of July. Take precautions when wading at this this time of year.

If you’re thinking of booking a Missoula fly fishing guide for late June, we recommend booking early. It’s not a secret that some of Missoula’s best fly fishing is the last two weeks of June and the first week of July. We hate to say it, but this is the only time of the year we’ve had to turn guests down who want to float. If you’re looking to float at this time, pull the trigger sooner rather than later.

July is another month of change for Missoula fly fishing. The first week of July has the potential to be the best fly fishing in Montana for the entire year. The Salmon Flies and Green Drakes are waning, but the fish are still looking for them. The Golden Stones are firmly established, and the best guides in Missoula all say the Golden stone hatch is the best hatch in Missoula. The fish don’t get stuffed because they’re not as large as the Salmon Flies, and once the females start flying, the trout will take them all the way to sunset. The same goes for the Yellow Sallies. Don’t get mesmerized by the Goldens- try a double dry with a Sally as the dropper. You’ll be surprised how many fish move to the little bug.

The Pale Morning Duns are also exploding in the first week. Fish are podding up on the Clark Fork River, while the Bitterroot River and Blackfoot River will have sections that come alive when the PMD’s appear. Rock Creek is a story in itself. The PMD’s will appear along the entire length, and because Rock Creek is Missoula’s smallest watershed, wading gets easier here first. The fish still respond to big and orange, but make sure you’re ready when the PMD’s appear. If you’re in any Missoula river at dusk, the PED’s will appear, and provide the perfect nightcap to an amazing day fly fishing Missoula.

As the days go by, you can see the rivers dropping. The stonefly husks seem to get further from the edge of the river, and you start to find fish a little more easily. That only makes sense- their home is shrinking on a daily basis. The wading gets a little easier every day, as the water drops, and more areas of the bigger rivers are accessible on foot. If you’re a wading angler, the second week of July can be the best wade fly fishing in Missoula all year. The Salmon Flies might be close to gone, but the other hatches are still strong, and now you can get to your favorite spot that’s been inaccessible for two months.

As a floater, the rowing can get a bit dicey in some spots on some of the rivers. Don’t worry about low flows in Rock Creek- you can’t fish from the boat after July 1. But the other rivers, specifically the Blackfoot River and the upper Bitterroot River are showing their teeth. The Blackfoot can get quite bony in the upper reaches, which is why quite often a raft is the choice of fly fishing guides in Missoula, MT. It keeps more areas of the river accessible for an extended period of time. The upper Bitterroot is doing the same, and some of the diversion dams can be an interesting proposition to navigate. Because the water is dropping, what worked four days ago may not work today!

As July comes to a close, so do many of the hatches. The PMD’s and PED’s are still seen, but in no where near the numbers as seen earlier. The fish are doing the same. The Goldens have waned as well, except on the Clark Fork River where the nocturnal stones are still doing their thing. Tan Caddis will always move fish, but even its effectiveness is slowing down.

There is one insect that loves the July heat, and that’s grasshoppers. Just as all the hatches begin to wane, the hoppers start to make their appearance. Missoula has a massive hopper population, and we can have some stellar hopper fishing. Don’t neglect the ants and beetles as well. As the aquatic based food sources start to dwindle, the terrestrial insects grow in importance. The hoppers are the biggest and most easily seen. Any windy day in July, they’re getting knocked down into the water. So as the hatches start to slow, take your hoppers and keep the fishing going.

Just as importantly, the weather is starting to become a factor. Missoula is a semi arid desert, averaging less than 12 inches of moisture in a year. Combine that with temperatures that can reach 95 degrees, and you can have an environment that is not conducive to thriving trout. As July ends, you’ll find fly fishing guids in Missoula fishing the edges of the day, either dawn or dusk. They do this to protect the trout from stress during the heat of the day. It’s a good behavior to emulate as July comes to a close.

August is traditionally the crucible that Missoula Trout must survive. If we’re going to have issues with heat- water temps rising, days in the upper 90’s- it’s going to come in August. From a scientific standpoint, it’s called carrying capacity, and this time of year will define how many trout will survive through to fall. If any rivers are going to have hoot owl hours applied, it will normally happen in August. Hoot owl hours are imposed by FWP, and limits fishing from midnight to 2:00 PM. For those with float trips booked, we will be meeting very early in the morning and be off the water by 2:00. This alleviates the stress on the trout from being caught and played in the warmer water found later in the day.

But it’s not all gloom and doom! If the weather stays cool, none of that happens. If the snow pack holds a bit longer, or we get rains, none of that happens. For a few fly fishing Missoula, August is their favorite month. The tricos are in full swing, and for those with trico-mania, this is the best time of the year to fish. Big fish are up eating tiny flies. The hatch is ridiculously complex, and it can be frustrating as all get out. Which is why it so appeals to certain anglers. Because when you get it right, the feeling is almost indescribable.

The Spruce Moths are also out in great numbers in August, and it has become a major food source for August trout. The Spruce Moth is detested by all except fly fishermen, as the larva live in the tops of pine trees, killing off the needles as they eat and severely impacting the forests. Once they’re hatched, the Spruce Moths spend a lot of time close to the water, and the trout will gorge on them.

Another important terrestrial are the hoppers. They’ve been growing since late July, and the fish know they’re there. Its good to have a wider selection of hoppers in August, as the early hatchers have grown, while the late hatchers are still small. A good size range of hoppers is quite useful in August. Keep in mind the fish are seeing a lot of hopper imitations, which is another reason to carry a wide and shallow collection of hoppers. Ants and beetles are also being eaten in August, so keep your terrestrial box well stocked.

A sneaky August tactic is to choose a slim, lightweight streamer and work the likely holes. Because the water is at its lowest in August, the fish are quite easy to locate. A well placed streamer will often move the bigger fish struggling to find food. But it should be light weight, especially if you’re wading. Those lead eye articulated Galloup style streamers are a lot more intrusive in the low clear water. A less invasive technique is called for at this time if you’re going to fish a streamer.

A last Missoula urban legend- the August anomaly. It feels like every year, it rains on the Missoula County fair. The fair is held in the middle of August. Most years it hasn’t rained since mid June, but then the fair comes to town with fry bread, beer gardens and rides for the kids. Of course it’s going to rain!! Any rainy, cloudy day in August is a day to celebrate, take a cloud day and go fishing, The tricos will be out in huge numbers, and the fish are staring at the surface looking for food. It may just be an urban legend . . . . . but it also could be true! 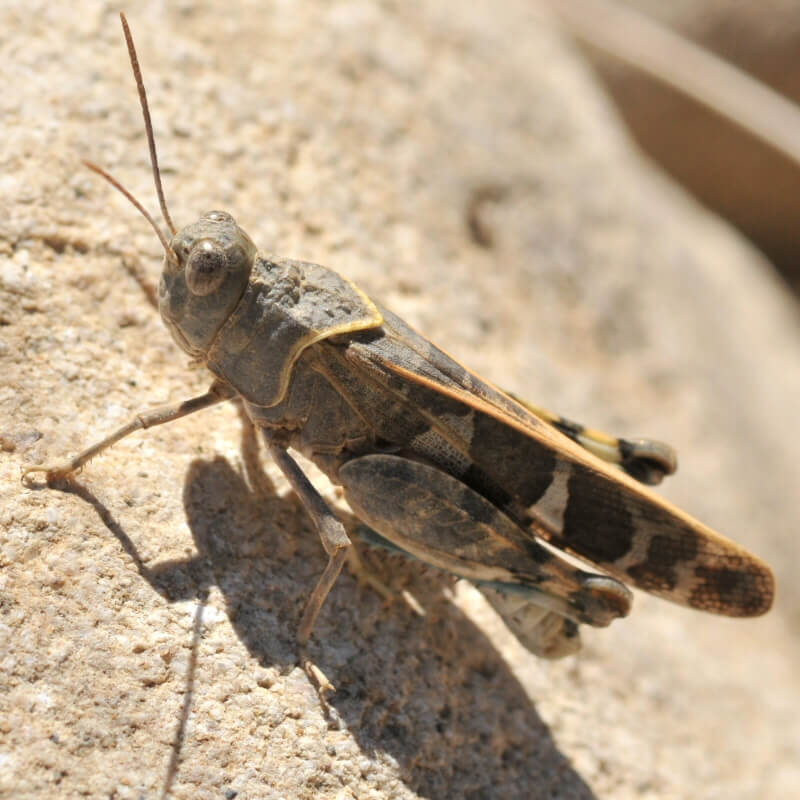